The installation was shown as part of the “Meeting Point under the Bridge”, an initiative carried out by Jerusalem‘s Muslala Artists Collective and as part of the Israel Festival 2015.
This installation allowed anybody who visited the meeting point to create and share content and to interact with one another. We gathered lots of contributions in Arabic, Hebrew and English. Also graphs and pictures.Read more about the project here: http://bit.ly/1e8DFfw 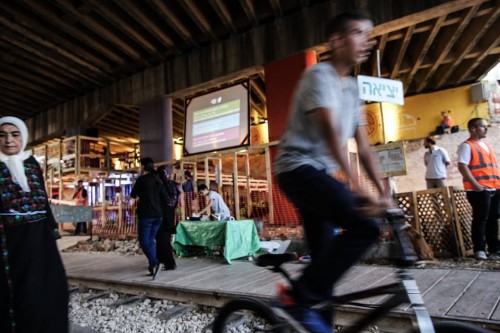 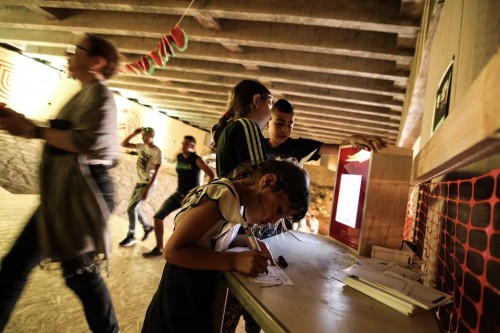 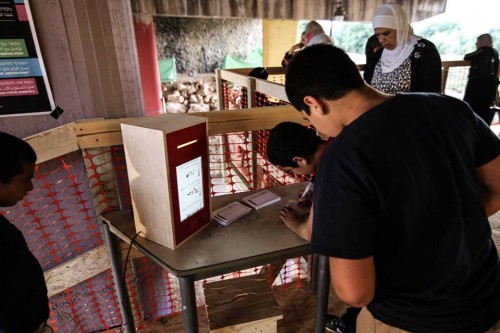 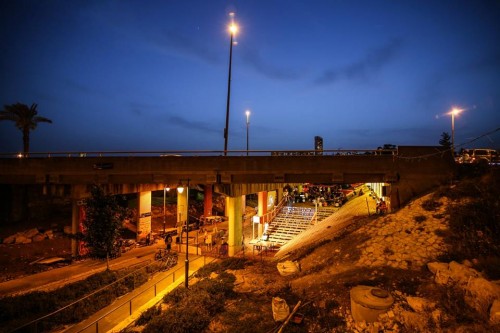 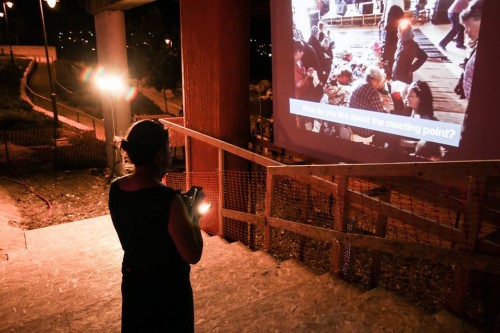 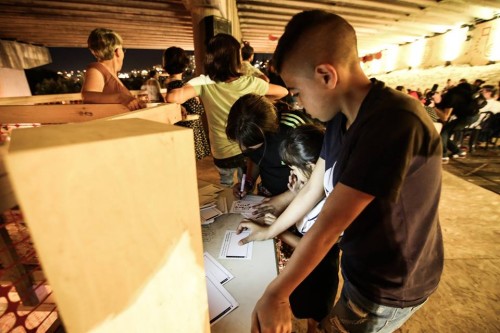